I was hoping someone had the same problem and would be able to help me.

I am following your new tutorial with version 3.0 and no matter what I do I can never get my “profile” geometry to show up in Viz. I have tried making the profile a group, a component and neither and I can never ever get anything to show up at all. The syncing of the geometry is so simple there is now way anyone can really screw this up but alas, nothing shows up. I have also tried geometry sync with other types and complexities of geometry but still nothing! ARRRGGGGGAAAA

Hi Tim,
Viz currently is in early beta, it’s possible that it has some problems on particular system configurations. What SketchUp version and operating system are you using?

sketchup 2015, windows 7. it used to work when I installed the first version of Viz but the “get geometry source” started acting up even the last update. Here are the steps I am doing and failing at.

Nothin. Blank empty screen. Could any of this have to do with sketchups zero point and Viz’s zero point? I would guess not because even when I hit ‘zoom all’ in Viz nothing appears

I appreciate your help.

It seems to work on SketchUp 2015 64bit on our machines. Does the “MakeGrid” node work?

The previous version 0.3.0 worked fine with the same configuration.

Do you use SketchUp Pro or SketchUp Make?

I have installed the 0.6.0 version and the plugin works fine now. Perhaps the letters of the help text would be better in black color. 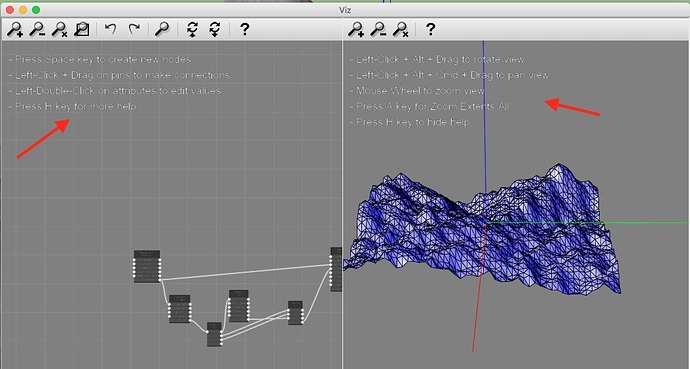 Thanks for the suggestion, we’ll work on improving the readability

Just updated to version 0.6.1, now the help text is black

Ok, thanks for the update!!