We’ve added the “Section cuts” option in Style layers to the upcoming release; now it’s much easier to toggle section cuts directly inside the layer. This is an example of its usage: 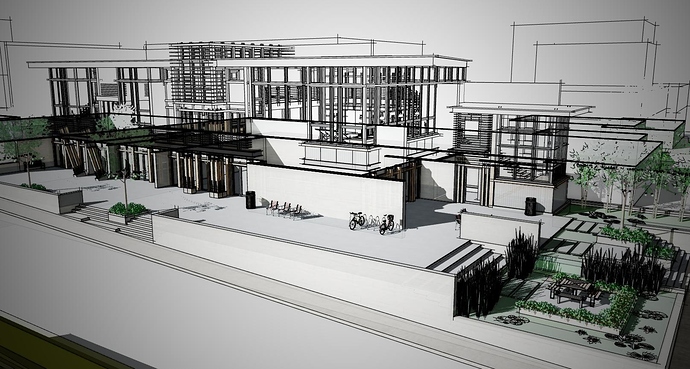 Here’s an exercise FX+AO with two simultaneous and perpendicular section cuts (middle levels only, not the basement, nor the roof).

In both cases, the cuts go through the entire building: not bad, but I would like an option closer to the SU look (cuts shown only where set).